So after a long wait, we pick up where we left off. I’ll be writing recaps with some thoughts / commentary and/or interesting things I heard / read thrown in here as I did in season 3. It’s nice to look back at it later and it’s something of a diary I’d like to keep ! 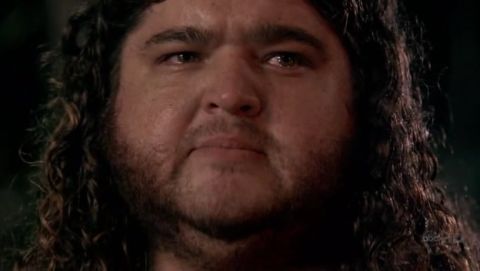 Jack is watching a car chase on TV, and Hurley turns out to be the driver. After all that he ends up in a psychiatric institution. He seems to be really happy about that, probably just wants to get away from it all and be in a protected environment.

He gets a visit from a mysterious black man, who asks: “The others ? Are they still alive ?”. Which freaks Hurley out. So we know now, that six will make it back, though we don’t know whether that means the other people on the island are dead or alive. Charlie also makes him a visit (so he’d not dead or is this an dillusion ? It also freaked Hurley out which led to the car chase we started with) while Hurley was painting an eskimo scene (any symbolic meaning in that).

Jack comes to visit him as well ‘to check whether he’s nuts and whether he is going to tell’. So apparently there is a big secret, about what happened on the island. I am inclined to think that some of the other decided to stay on the mystical island and the six that returned don’t want anybody to know. 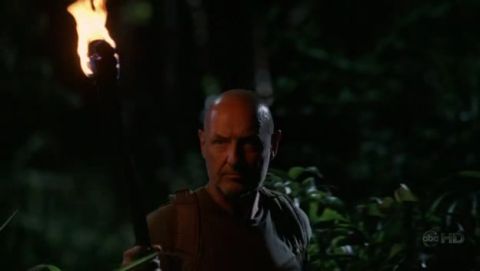 On the island ‘present time’ Hurley gets lost and runs into Lock, and they reunite with Said and Sawyer and the gang, who on their turn reunite with the rest of the island folks. Naturally everybody is shocked by the news that Charlie is dead. The others haven’t seen Lock since he blew up the submarine so they’re not too enthusiastic about seeing him back.

I don’t think we did the right thing Jack, I think it wants us to come back.

Jack, accompanied by Ben and Rousseau, is still looking for Naomi, but Kate has beaten them to that. When he gets back in the camp he gets into a fight with Lock, then the camp splits up in two, one group with Jack, who expects the Naomi people to save then and one with Lock, who is convinced that the boat people have bad intentions. In flash forward scene Hurley says to be sorry that he went with Lock and he should have gone with Jack, so this is a crucial part of the story. 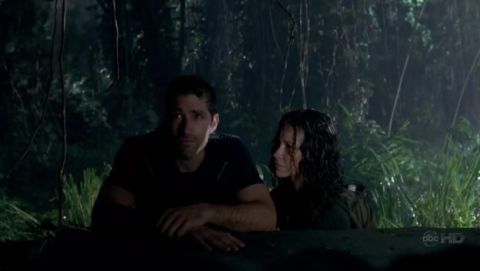 All in all a fine episode, but at this pace we won’t know a lot more by the end of this already short Season 4. Being a Lost-fan is all about patience I guess ;).