Google employees sure have a nice workspace. I bet they get a lot of work done, in between massages, playing pool, volleyball and walking the dog…

Apparantly the MPAA is now going after Usenet indexing websites according to this article on Betanews. Since the host no files whatsoever and only supply nzb files, I dont see how they have a case, but we’ll see how it turns out. Hope my favorite nzb site (who also invented the nzb format) www.newzbin.com wont disappear ! 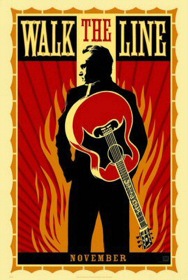 Both Joaquim Phoenix and Reese Weatherspoon play excellent. Even though they arent exactly lookalikes of Cash and Carter they manage to portray a believable image of them. The music is nicely done as well. The story might be a bit superficial at times, as you mainly see Cash in trouble, especially focusing on his outbursts, but I guess they had a lot of ground to cover and picked up the most interesting bits. Cash’s relationship with his father plays a big role as well.
END_OF_DOCUMENT_TOKEN_TO_BE_REPLACED

This is the browser I use on my Mac Mini, and it’s just been upgraded to 1.0, hooray !

Camino 1.0 Released: “The Mozilla Foundation has today released Camino 1.0, the Firefoxy browser made specifically for Macs (you like that? I just made that up now!). Their site is getting slaughtered right now, but when things clear up, you’ll find a better browsing experience than Firefox, GUI-wise, with new tab bar appearance, support for download manager pause/resume, annoyance blocking, certificate support, a Java Embedding plug-in, the ability to form fill from address book, inline history and bookmark searching, an upgrade from Mozilla Gecko 1.7 to 1.8, bug and security fixes, and more. Oh, and it’s a Universal Binary too, so you Intel Mac users are still in the loop.”

END_OF_DOCUMENT_TOKEN_TO_BE_REPLACED

Interesting article at ABC news. Got the link through Adam Curry’s weblog.

Not really surprising, didnt everybody suspect this all along ?

Came across this remarkable photo / article, Bono and Bush in one picture :). Interesting speech too, Bono pleaded for more money to help the poor ! How did he come up with that ?