This amazing rendition by Bob Dylan from 43 years ago was released today with a wonderful video on the Rolling Stone site. At the end of the month a 4cd set will come out from the late ’60s early ’70s ‘country’ session. If this is just a glimpse of what is to come, we’re in for a treat ! 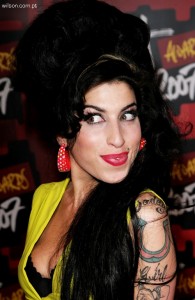 Unfortunately early this morning I heard about Gary Moore‘s very unexpected death. To be honest I haven’t followed him the past few years, but I had a friend in Highschool (this is the mid ’90s) who was a huge fan, and that’s how I got into his music as well. We saw him perform live quite a few times, and was always impressed by his excellent guitar play. Such a wonderful tone !

Late last thursday night the news came out, that MJ suffered a cardiac arrest and supposedly died. Not a real surprise, he didn’t exactly look healthy the past few years.

At the time I didn’t really care for his music, I listened to other stuff in the ’80s and ’90s, but looking back now, some songs, like Man in the mirror, Dirty Diana and the earlier Jackson 5 stuff are very well done. Regardless what I think, he was one of the biggest entertainers, the world has ever seen for almost 3 decades (not really counting the 2000era, let’s forget about those).

He was a stage persona, and wasn’t very happy off-stage, which lead to all sorts of antics. A kid trapped in a man’s body, very naive and not understanding the world around him very well. May he rest in peace !

Posted a review of this soon te be released Dylan documentary on my Dylan site. I don’t follow Dylan that closely as I once used to, but this one is very interesting.

Yep, it’s 40 years ago today the Beatles performed on the rooftop of Beatles’ Apple Building at 3 Savile Row !

Received this cd last week, and I like it a lot. It’s classic Willie but with a bit of a modern twist ;). The gravedigger Dave Matthews cover is on this one as well, which worth the price of the cd alone ! You don’t think I am funny anymore is another one of my favorites. The cd closes with Dylan’s You gotta serve somebody.