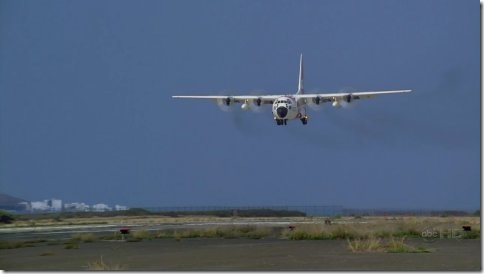 This episode was sort of a setup for the grand finale that we’ll get in two weeks time. It was entertaining, but nothing new was revealed. The return to Hawaii was nice, and a bit emotional. Especially the Nady – Sayd moment was very nice. The press conference didn’t reveal much it was the same story as we got from Jack’s testimony. Though it seemed a bit naive on the reporter’s part. 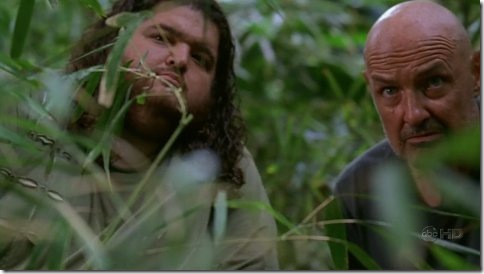 The moment we heard the wispers again was really odd, when Hurley had his surprise party. Ofcourse the numbers on his counter in the car was a nice touch ;). 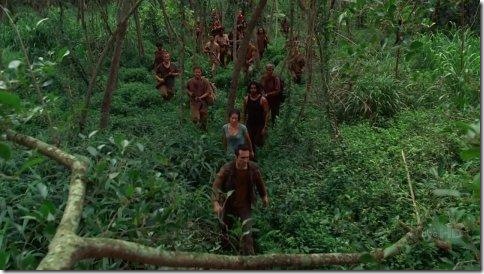 The return of the Others was fun. This were the old school dressed in rags Others, we used to hate ;). Not sure what to think about them now. Ofcourse the ending was great, Ben telling Lock he ‘always has a plan’ !

Curious how this all will pan out, we got a great finale coming up I am sure. 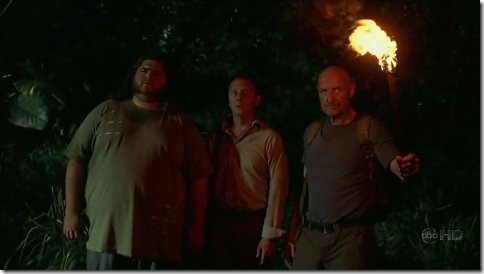 A decent episode this week. Though not as great as I was expecting it to be, with so much Locke, Ben and Hurley, I expected more. Not all that much happened on their trip to the cabin. Locke had another dream, which helped him to find a map, which led to the cabin.

There are consequences to being chosen. Because destiny, John, is a fickle bitch.

The scene inside the cabin with Christian Sheppard and Claire was very odd. First thing I thought was, that we can now assume, Claire is dead as well, since she’s hanging out with her dead father, and even appeared to be happy about it. We still have no clue how Christian Sheppard is connected to Jacob / the island, but apparently he can speak on Jacob’s behalf, and tells Locke to ‘move the island’.

Meanwhile on the ship, the relentless soldier Keamy is getting ready to ‘torch the place’. I am assuming Frank the pilot will come up with some sort of plan to not let that happen. He already dropped the telephone so they can be found at the beach camp. We also got to see how the doctor ended up in the water with his throat slit. 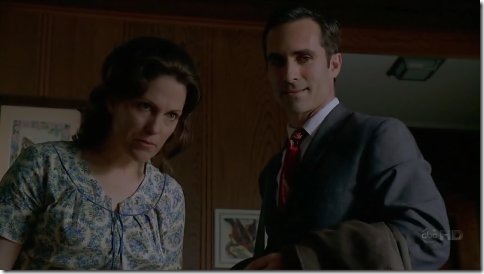 The Locke flashbacks were nice to see. Mr. Eyeliner had already a keen eye on him even when he was just a boy (making paintings of the smoke monster).  He didn’t pass Alpert’s test though, when he choose the knife over the other items. Items he already owned ? I was thinking about reincarnation when I heard that and from what I read elsewhere this test is also done to determine the Dalai Lama, so we got a bit of buddism in there as well.

We also see the lawyer, Abbadon that visited Hurley earlier come to Locke later in his life when he got paralysed. This time he was disguised as an orderly, putting the idea of a walkabout in his head.

Locke was destined somehow to save the island, even when he was just born, as baby, the island didn’t allow him to die. 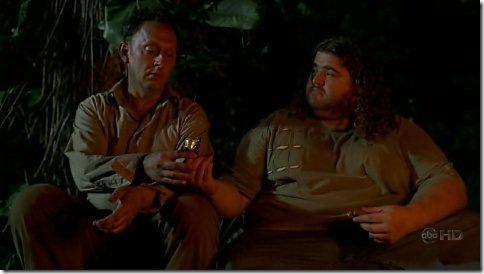 Nice thoughts / synopsis at sepinwall.blogspot.com
and ofcourse at the transmission.

This episode was quite a contrast with last week. I don’t care too much for the Jack / Kate drama, and overall not much happened in this one. So I am not going to comment much on this one. Listen to The Transmission Podcast for more background and coverage ;). 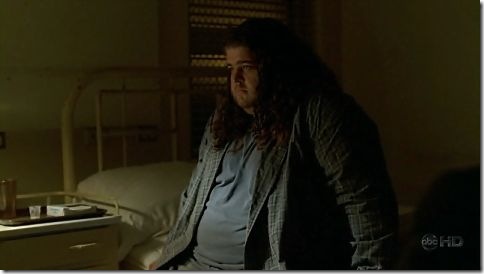 Hurley was great though in this one, and apparently he’s getting more visits from Charley. Jack’s dad keeps popping up all over the place (always wearing white shoes ?). Claire wandered off into the jungle with her dad, is this where she gets killed or has some kind of accident ? I think Sawyer rescues the baby and will hand it over to Kate (as later refered to in the conversation she has with Jack about a promise). We also saw how the medicine and alcohol problems of Jack start to arrise after seeing his dad a few times, walking about the hospital.