Late last thursday night the news came out, that MJ suffered a cardiac arrest and supposedly died. Not a real surprise, he didn’t exactly look healthy the past few years.

At the time I didn’t really care for his music, I listened to other stuff in the ’80s and ’90s, but looking back now, some songs, like Man in the mirror, Dirty Diana and the earlier Jackson 5 stuff are very well done. Regardless what I think, he was one of the biggest entertainers, the world has ever seen for almost 3 decades (not really counting the 2000era, let’s forget about those).

He was a stage persona, and wasn’t very happy off-stage, which lead to all sorts of antics. A kid trapped in a man’s body, very naive and not understanding the world around him very well. May he rest in peace ! 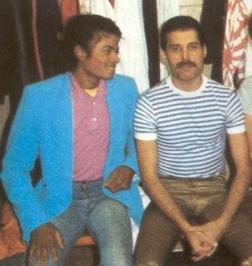 Three comedy greats died on the 15th April: actor Arthur Lowe in 1982, comedian Tommy Cooper in 1984 and actor and raconteur Kenneth Williams in 1988. The joy they brought to millions lives on through their work. Comedy kings one and all.

Some more #CruisingIberia in #ets2 Mainly Portugal and northern Spain this time :). @SCSsoftware