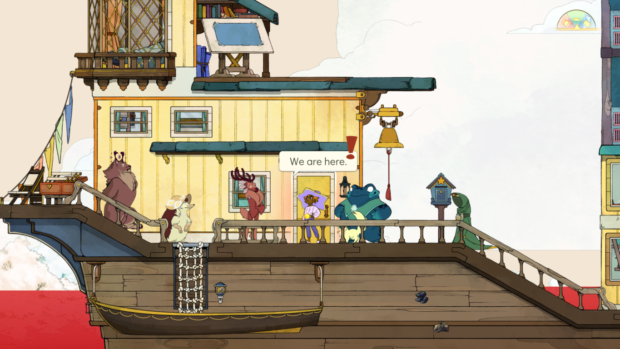 I put quite a few hours into this game. Sleeper hit of 2020 I guess ! But after the initional season it lost quite some tracktion on Twitch and lost a lot of players since it got a bit repetitive. Also the grind to get to the higher levels and get the ‘cooler’ outfits is just too much and rather off putting. Or at least it was for me. Still had a load of fun though, and I might get back to it every now and then.

This wonderful simulation was released around august. And I was very much looking forward to it as I played a lot of the older flight sims in the past. I have to say, once I learned to fly again (mainly in twin prop airplanes), it got kinda boring, although the scenery is nice to look at. The game is also available on MS’s gamepass which was nice. Saved me around 69,99 :).

The various event and new DLC got me busy with these 2 trucksims throughout the year. My favourite was the Idaho DLC for ATS, although Colorado is wonderful as well. For ATS SCS regularly adds new trucks too, so that spices things up a bit too, which is nice.

If I had to pick a game of the year, this would be it. I actually finished this one, which is a big thing for me since I hardly ever finish games these days. Although I do tend to play games that don’t really have an ending ;).

This game really brought up a lot of emotions and it’s a very touching game about loss and letting go. There is an excellent write up over on gameskinny. Maybe at some point I should go more in depth on this game here. The gameplay was pretty smooth as well, although it got a bit repetitive after a while, but the story kept me going.

Shadowlands never really looked very attractive to me. The world in 2020 was already a gloomy place, why visit the world of the dead ? And it turned out I was kind of right. I did buy it at the end of the year and casually leveled one character to 60. The story wasn’t too bad, although the surroundings arent exactly cheeful. But the endgame this time around it even more grindy than before. I already canceled my sub again. Maybe the next expansion will be better, altough I doubt it.

I have been playing this MMO, all out through the year. It’s still an enjoyable experience, I like the quest writing too. And I still have a feeling of progress. The Skyrim expansion was decent, though I liked last year’s Elsweyr better to be honest. The main story was quite good. I didn’t like the underground area part though. I am currently doing the morrowind expansion from a few years back and did almost all of summerset earlier this year after I finished most of Greymoor.

Already bought the Early Access for this and have been playing it over the Xmas holidays. Very enjoyable so far with a totally different playstyle. Definitely looking forward to the final release :).

And that’s it for 2020 ! I am sure I left out some things that should have been included. No Cyberpunk either as you might have noticed. After watching some streams it seems too buggy and not really a game for me. Might pick it up if it ever gets a big discount.