If anyone is stupid enough to get in your way, kill them

This episode of Lost was definitely a nice setup for the Season’s Finale. Not as exciting or revealing as the last few, but it was very good nevertheless. I never cared too much for Charlie, but his flashback were very emotional this time. We get to see his 5 best moments of his life, as he is writing them down for Claire. He expects to be drowned while flipping a switch in the Looking Glass, the underwater hatch. But in the end he got captured by two women (who’s group do they belong to ?) as the episode comes to a close.

The other beach folks are setting up a trap for the Others, placing some dynamite at the marked tents that they’re going to shoot from a distance and blow the Other (or some of them at least) up. We’ll see how that all will go down next week in the Grande Season Finale. 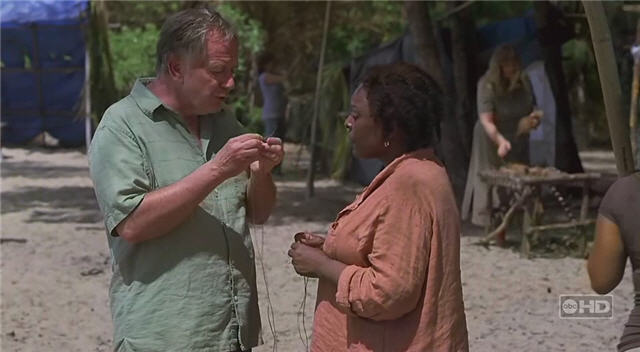