A very entertaining episode this week. A bit different from the few previous ones as it had a somewhat lighter tone. This one tells the story of Miles. It turns out that it was true what most people were already expecting: Miles is indeed the son of the Dharma Initiative video man Chang. 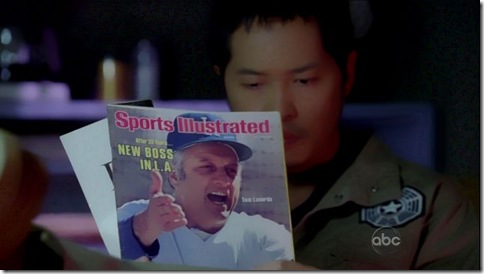 At some point, early in his life, Chang sent Miles and his mother off to the main land though, and never saw him again. We havenâ€™t seen how this went down, maybe he saw the impending doom coming down the road or something else was up and thought it was safer to send them away ? The final scene was quite touching, even Miles got a bit teary eyed, where Chang was reading a story to his son. 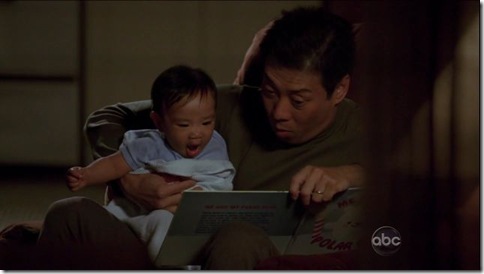 The scenes with Hurley and Miles in the van were very funny. Itâ€™s funny that Hurley thinks he has some sort of similar gift as Miles does. â€œYouâ€™re just jealous that my gift is better than yoursâ€ was hilarious.

In his review of this episode, Alan Sepinwall asks what would you do to improve "Empire Strikes Back", as it is already so good. Well maybe we have been watching the Hurley improved â€˜Empireâ€™ all this time :).