An excellent episode this week ! This was basically the story of Ben and how he deals with his guilt over being responsible for the killing of Alex. In the flashbacks we learned that his fight with Widmore is based around him not killing Alex when they found Rousseau. And he didn’t kill Rousseau either. It’s clear by now that neither of them are very ‘good’ guys to be honest. Widmore gets tossed off the island for having off-island affairs (a business, a wife and a daughter)

Every time you hear whispers, you run the other way !

Locke was especially funny this episode. Apparently relieved to be living again, he has a somewhat more relaxed attitude and appears to be more lighthearted. My favorite quote when Ben says he couldn’t let John be killed (again) : “No sense in me dieing twice, right ?”. There is something about those shoes by the way, that’s why we got the scene with him putting on his shoes on the dock. 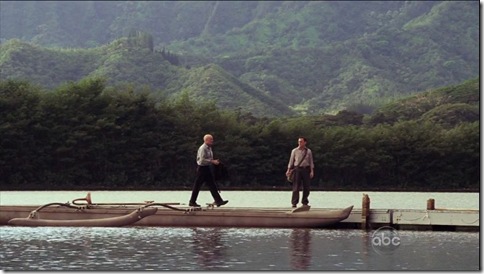 And of course the “now you know what it’s like to be me” exchange with Ben was brilliant.

I guess I wasn’t the only one cheering for Desmond when he smacked Ben around. Ben didn’t seem too confident when he was going after Penny. I especially liked the look on his face when Charlie showed up. That’s when he had second thoughts and Desmond was able to get him. The “your father is a terrible human being” was a bit odd, coming from a cold blooded killer, but I guess Alex was one of the few things he really cared about. Still Ben tells Sun that ‘he’s sorry’. It isn’t clear at this point why ? Or is it for shooting him ? 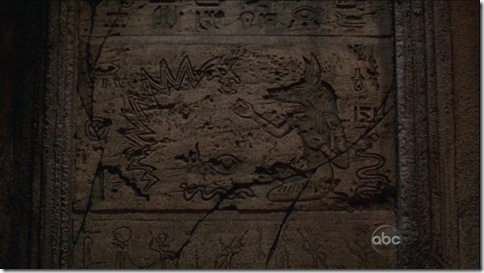 The ‘judgment scene’ was very well done. Ben got to see images from the past and eventually ‘it let Ben live’, accompanied by the usual Smoke Monster sounds. I assume Alex in the moments thereafter was another one of those ‘island dead people manifestations’ of the likes of Christian Sheppard. It was very clear about Ben having to follow Locke and especially not kill him again.

Loved the look on Ben’s face when he told Locke “it let me live” ! Very well done Michael Emerson ;).

Well at least we got this gif out of it.

Pardon me for a few dutch tweets. Our PM had a press conference on the current corona situation.