We got an amazing Faraday centric episode this week ! The flow was a bit better than Sayidâ€™s episode. Though a few less flashbacks/forwards would have been fine as well.

Everything fell into place in this episode. The scene from the season 5 opener, with Chang at the drill site. An emotional wreck Dan, watching the plane crash. Dan telling Charlotte to get on the sub etc.. So I thought that was it, tieing everything together and moving on with the story.

I tried to avoid telling you this. I didn’t think I could change things. But maybe I can.

But the whole point of this episode was Dan desperately trying to change the future. And in the end he found out that â€˜Whatever happens happensâ€™. Was this really Danâ€™s destiny, to be shot by his mother in 1977 ? You would think his mother had bigger plans for him, but she now even had to send him back to the island. â€˜Don’t talk to me about sacrifices !â€™ Eloise tells Danâ€™s father Widmore. 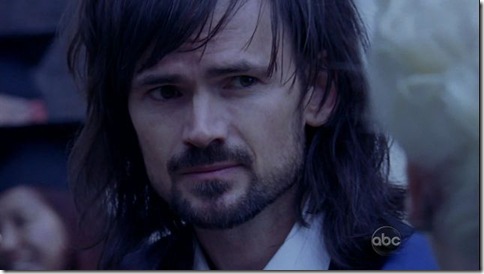 Dan was my favorite Season 5 character, very endearing man. Itâ€™s a shame his job is done now, but I hope weâ€™ll see him again in some future episode.

I fell off a plane and ended up in 1977, I am getting kinda used to Insane.

We also got to know what the infamous incident will be. Itâ€™s the energy that will be released when drilling at the Swan site. And thatâ€™s where the number pushing comes in ! I assume Chang will also send young Miles and his mother away on the sub. The incident might also send our lost-people back to 2007 ?

Some fun stuff this episode: Hurley referring to 1954 as Fonzy time and Sawyer calling Faraday HG wells. Also the look on Julietâ€™s face when Sawyer calls Kate Freckles was priceless :). And of course Danâ€™s 80s look wearing an â€˜interestingâ€™ wig ! 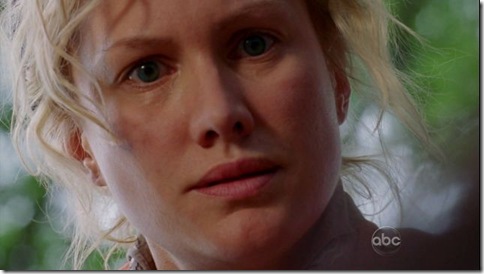 Jay on the Variable