At least this episode moved the story along, albeit just a little bit. I didnâ€™t care much for the flashsideways, the story was very predictable. Although Jin was just the bodyguard in this timeline, but became a bit more than that to Jin along the way. Mikhail getting shot in the eye was a funny touch though. 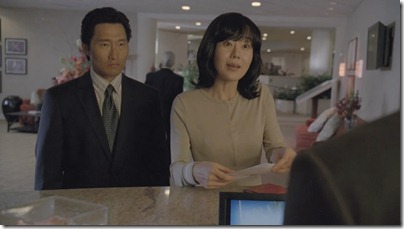 Mean while on the island Man In Locke is moving over to the other island, to meet Widmore. Not quite sure what his plan is though. There is a war coming, but how exactly that will pan out is to be seen.

Itâ€™s sad to see Sayid in a zombie state, yet the tranquiliser dart still worked on him. Jin is needed to find electro pockets on the island, which gives us another clue that the island is special, not just because of Jacob and MILâ€™s game.

Also MIL revealed his reason to keep Kate around, but that wasnâ€™t much of a surprise. 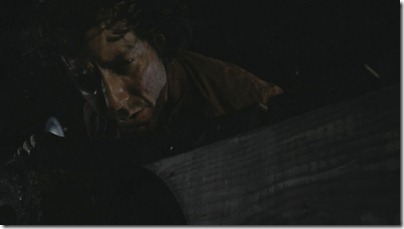 As a nice surprise closer, we finally got Desmond emerging from the sub, in a sorry state after a long trip obviously drugged. It seems heâ€™ll be a key component in bringing down MIL.

Itâ€™s a shame that Ben doesnâ€™t play a bigger part in it all. He seems to be a fringe character now, while he was the main focus for so long, I kinda miss him. And with just a handful of episodes to go, I really am starting to wonder how theyâ€™ll end this all.