We got another excellent episode this week, a lot happened so itâ€™ll be tough to comment on all of it, but Iâ€™ll throw some thoughts out there.

The whispers on the island was explained by Dead Michael in a very casual way. So theyâ€™re just voices of people who died on the island and canâ€™t get out. But why did Hurley believe Michael right away ? He didnâ€™t seem very friendly. Though dead people are more reliable than the living ones, I guess they donâ€™t have anything to loose ! And why do can they only be heard at certain key-moments ?

Blowing up the black rock and manipulating Richard and the others was a nice touch. We now have yet another split. Hurleyâ€™s move to go to Man in Locke was quite a bold one. Itâ€™s too early now for the big confrontation, so I wonder how that will end. Desmond will no doubt find a way out of the well. And who knows what heâ€™ll see down there. 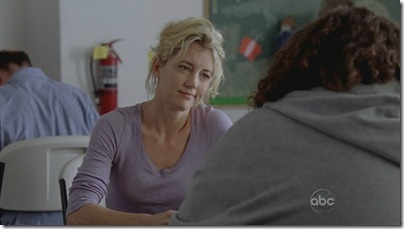 It was very touching to see Hugo with Libby again. Itâ€™s a shame she died so early in the series (season 2 I believe ?). Especially the pick nick scene on the beach was very moving. Hugo is now also starting to remember the other timeline. I still donâ€™t understand how theyâ€™ll eventually get back to the original timeline though, Desmond will no doubt be key in that. He already seems to be quite like Jacob how he steers people in a certain direction, with little â€˜occasional meetingsâ€™ and such. 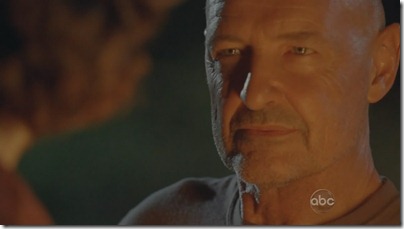 The end of the episode was shocking. Desmond running over Locke. I wonder if he tried to kill him and thereby killing Man in Locke on the island (?) or did he try to force a near-death experience ? Weâ€™ll find out soon enough :).