A moving and action packed episode this week in Lost. I much more prefer the mysterious character driven episodes, but this was of course still very much enjoyable.

The flash sideways still donâ€™t really do it for me, besides a few episodes. But this time I really liked the last scene where Jack finds out why Locke doesnâ€™t want his legs to be â€˜fixedâ€™. He is still punishing himself over what happened to his dad in a plane crash. 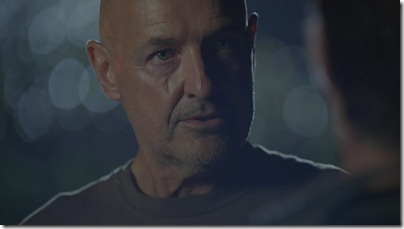 We now found out that MIL planned to kill the candidates (and Kate) all along. Thatâ€™s why he wanted to get them together. Apparently he canâ€™t leave until they are all dead. And he canâ€™t kill them directly, as Jack finally figured out as the bomb ticked away on board the sub. Sawyer didnâ€™t believe him, or failed to trust Jackâ€™s judgment, after what happened to Juliet. And he set off the bomb. This is an exception to the rule I guess, because MIL has no problems killing off the â€˜red shirtsâ€™ like the ones guarding the plane. 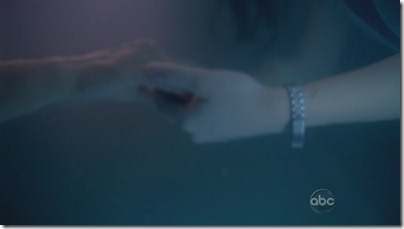 I guess Sayid got his moment of redemption. The Sun and Yin moment was touching, dieing together after just having found each other again. It didnâ€™t move me as much as a lot of people did apparently, judging by the comments on the Transmission blog and on the lost forum. The whole â€˜sub slowly filling up with waterâ€™ felt a bit clichÃ©, although it was very well done.

I am glad Yin didnâ€™t pull some sort of stunt and rescued himself and Sun at the least moment, that would have been very clichÃ©. It is interesting though that some of the main characters (and Lapidus ?) got killed already before the finale. This also sends the message that Lost is probably not really going to end on a happy note. There is a nice interview with the producers over at Popwatch where they explained some of the events of this episode. 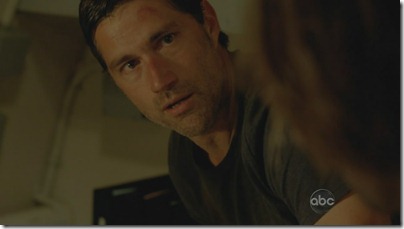 How did Hurley manage to swim all the way to the beach with Kate ? I guess thatâ€™s some of the islandâ€™s mysteries ;). MIL is now on his way to â€˜finish what he startedâ€™. I am sure Desmond and Jack are somehow key in the ending, and maybe a secret role for Kate ? Weâ€™ll see soon enough !