Last week I mentioned that I liked the mythology / mystery oriented shows more. Well we got an episode filled with mythology this week, as the story of Jacob and Man in black is told. The episode started pretty brutal, I didnâ€™t see the head smashing coming at all. In itself it was excellent television. Well acted, nicely shot, decent story. But there are only 2 episodes to go, including the long finale, and to come out with something like this now was a bad decision in my opinion. It would have much better suited earlier in the season and give us a better background to whatâ€™s going on. 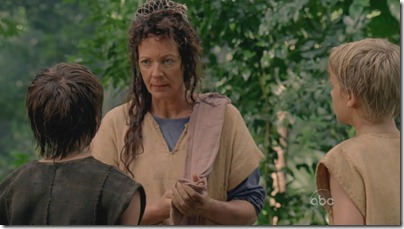 This episode tried to answer questions, I guess, but itâ€™s still all very vague. Weâ€™re supposed to believe that for some reason this island is very special. The light is somehow crucial to the world, at least thatâ€™s what I get from the quote below.

And if the light goes out here, it goes out everywhere.

But what is this light and where did it come from ? And why is it being protected by a weird violent lady who obviously doesnâ€™t like people much ? And the smoke monster, is it the man in black (who supposedly couldnâ€™t die by Jacobâ€™s hand) or did he help Mother kill the â€˜othersâ€™ village ? 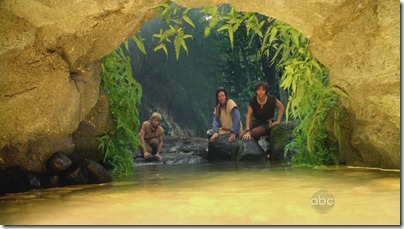 Another odd thing is that Lindelof said last week the reason they killed Sun and Jin was to make obviously clear that Man in black was pure evil. That he was the "Big Bad". But what I feel after this episode is that Jacob is a bit of a looser, MIB is much more sympathetic. More a â€˜real personâ€™. Of course it wasnâ€™t very nice (ahem) to try and kill our losties, but itâ€™s all very understandable. Besides, Jacob has been bringing people to the island who eventually all get killed anyway. Not much more sympathetic either. 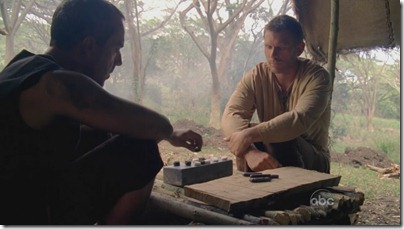 One other point is that in the light of this episode, the stuff we were concerned with, like Ben in season 3 and 4, Locke in season 5 etc, seem to be in vain in hindsight. Ben was being tricked by the man in black, Locke is now supposed to be some sort of looser etc. Not a nice thing to do.

So how will we go from here ? Itâ€™s going to be weird that weâ€™re supposed to be rooting for Jack and the losties while I am actually rooting for the man in black now. Will Jack be the new protector ? Hurley does have the same ability as man in black, they can see dead people.

I think the overall ending will be somewhat unsatisfying. And I rather not get any answers to the mysteries anymore if theyâ€™re either so obvious or not real answers anyway. And where does Widmore and Desmond fit in in all of this ? We also still have to see how the sideways stories will merge with the main storyline. I guess weâ€™ll know in a few weeks time !

Interview with Lindeloff and Cuse on this episode.