This weekâ€™s episode was a setup episode for the grand finale that will air in the USA today when I write this. In the flash sideways, all the losties are getting together for â€˜the concertâ€™. I am very eager to learn what will happen there. One big flashback for all ? 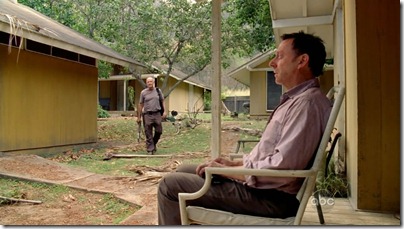 I was very glad to see Ben return to form. It seems he still got a very tricks up his sleeve, but I think Man in black is on to him. Heâ€™ll play some sort of important role in the finale I am sure. I am very glad the writers didnâ€™t forget about him. Killing off Widmore even before the finale was a bit unexpected. I am not sure his â€˜Jakob visited meâ€™ redemption story was true, or if that was just to get on Benâ€™s nerve. Was Desmond as failsafe the only thing he told Man in black or did he whisper something else of importance ? Seeing Ben with Danielle was a great touch. And seeing her sane was a nice bonus :).

On the island, Jack is now finally officially Jakobâ€™s successor. The scene at the campfire where Jakob explains things (sort of), was a bit over the top. We already knew most of it. â€œYou were all flawedâ€ was kind of new though. The protector job isnâ€™t for happy people. The â€˜I made him this wayâ€™ was weird. Did he refer to throwing his brother into the light ? 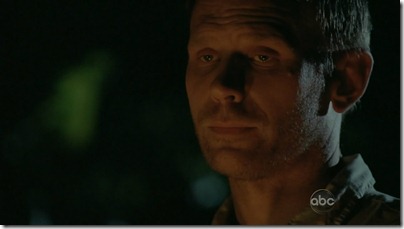 As for Kate and Sawyer ? I have no clue what kind of role there is still for them during the finale. And what their fate will be. I hope Hurley wonâ€™t get killed or something terrible. â€œThank God itâ€™s not meâ€ was a great line ! Desmond will probably have to go â€˜into the lightâ€™, as he seems to be the only one who can handle it.

Itâ€™s very odd that the series will come to an end tonight. I am sure the finale will still leave a lot open for debate. It sure has been one helluva ride :).